Barely a week has passed since our last project report, and not even a month has lapsed since we took the difficult decision to scale back our patrolling to pre-monsoon levels, a costly decision it seems as for the first time in 66 months we have lost two wild tigers to retaliatory poisonings, what is worse the death toll could rise further as the dead tigress had four cubs and only one was found at the scene of the poisoning. Despite extensive searches over the last few days, only two cubs have been sighted, as the days move forward the chances of finding the third alive diminish further.

How could this happen? Well, the simple answer is that our patrols have been overwhelmed. Reducing the patrolling by 33%, as we were forced to do to avoid running out of funds, has meant a 500km (312 mile) reduction in the area covered by our patrols during October. It isn’t just the impact of the reduction in patrolling which is hitting hard; it is also the impact of unprecedented encroachment levels in the forest, as people who have lost income due to the enforcement of COVID19 measures struggle to survive. These people are putting their lives at risk by going deeper and deeper into the forest in search of something to sell, the death and injury toll over the last month reads like nothing we’ve known in over 10 years since we established Tigers4Ever:

The only way we can address these issues is to increase our patrolling back up to the monsoon levels (double patrolling) until at least the end of this year. If we can increase our patrols, we can cover an extra 500km (312 miles) of wild tiger territory, looking for snares, traps and signs of would be poisoners. Increased patrols would also help to prevent the dangerous encroachment into the territories of wild tigers which is increasing daily and to provide safety advice for those trying to protect their crops and livestock from wandering elephants and tigers respectively.

The only way we can do this is by increasing our funding by a further £1500 as soon as possible, to do this we need your help. Your gift today can make a huge difference:

If we don’t act now, we are sure that the lives of more tigers and more humans will be lost, and with every loss of human life comes another threat to the tiger’s survival in the wild, thus we must protect both if we are to ensure that wild tigers will have a wild future.

Every single donation received will help us to save wild tigers’ lives, no matter how large or small. The current crisis means that we need your help like never before: https://goto.gg/28767. 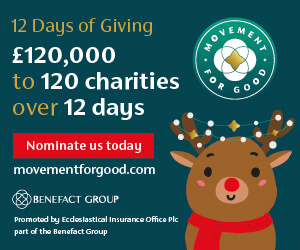